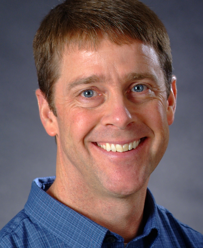 Randy and his wife Kim are both long time Okanogan County residents.  They both graduated from Okanogan High School in 1993 and are enjoying raising their two boys, Ryan and Logan, in the same area and culture that they grew up in.

Randy started with the district in 1994 as a temporary groundman, from there becoming a warehouseman, and in 1997 became an apprentice lineman.  He reached his first major goal in his career passing his journeyman lineman exam in 2000.

Randy joined the management team with the district in 2008, by accepting the assistant operations superintendent position.  In 2017, Randy accepted the operations manager job that he holds today managing 36 operations employees, fleet and safety.  Randy enjoys working collaboratively and always has safety, quality and efficiency in mind.  He is very community minded and loves Okanogan country.