A RSS reader will let you receive updates on RSS feeds. these updates happen when new items are added to the webpage.  learn more about RSS feeds here.

Advance Option: You can use IFTTT to send RSS updates to your email account.  Learn more

You are using a browser version that we do not support. Please use one of these supported browsers: 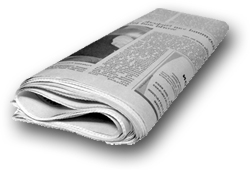 Read the latest news from your PUD.

While a construction ban is in place on the Colville Tribal Reservation due to fire activity, the Okanogan County PUD’s work on the Okanogan-Brewster transmission line has been halted. Steel poles have been delivered, staged and are ready when work resumes on the line alongside Highway 97, which was destroyed in the 2020 Cold Springs Wildfire. Construction crews will work on distribution projects while they wait.

General Manager Steve Taylor said he continues to communicate with Tribal officials on how or when the PUD can move forward again.

In other business, the board:

OKANOGAN – With questions and concerns swirling in the community, representatives from power utilities, fire districts and city and county…

TONASKET – Local apple and pear growers are seeing their fruit stay fresher longer, thanks to major efficiency upgrades at the Blue Bird warehouse…

Construction of the rebuilt Okanogan-Brewster steel transmission line should begin in mid-July, after Okanogan County PUD commissioners approved a…

Do you want your home and property to be safer and more efficient?